Overtime is bad for the heart

Working overtime is bad for the heart according to results from a long-running study following more than 10,000 civil servants in London (UK): the Whitehall II study. The research, which is published online on Wednesday 12 May in the European Heart Journal [1], found that, compared with people who did not work overtime, people who worked three or more hours longer than a normal, seven-hour day had a 60% higher risk of heart-related problems such as death due to heart disease, non-fatal heart attacks and angina. Dr Marianna Virtanen, an epidemiologist at the Finnish Institute of Occupational Health, Helsinki (Finland) and University College London (UK), said: “The association between long hours and coronary heart disease was independent of a range of risk factors that we measured at the start of the study, such as smoking, being overweight, or having high cholesterol.

“Our findings suggest a link between working long hours and increased CHD [coronary heart disease] risk, but more research is needed before we can be confident that overtime work would cause CHD. In addition, we need more research on other health outcomes, such as depression and type 2 diabetes.” Whitehall II study started in 1985 and recruited 10308 office staff aged 35-55 from 20 London-based civil service departments. Data have been collected at regular intervals and in the third phase, between 1991-1994, a question on working hours was introduced. This current analysis looks at the results from 6014 people (4262 men and 1752 women), aged 39-61, who were followed until 2002-2004, which is the most recent phase for which clinical examination data are available.

During the average 11.2 years of follow-up, Dr Virtanen and her colleagues in Finland, London and France, found that there had been 369 cases of fatal CHD, non-fatal heart attacks (myocardial infarctions) or angina. After adjusting for sociodemographic factors such as age, sex, marital status and occupational grade, they found that working three to four hours overtime (but not one to two hours) was associated with a 60% higher rate of CHD compared with no overtime work. Further adjustments for a total of 21 risk factors made little difference to these estimates.

The researchers say there could be a number of possible explanations for this association between overtime and heart disease. Their results showed that working overtime was related to type A behaviour pattern (people with type A behaviour tend to be aggressive, competitive, tense, time-conscious and generally hostile), psychological distress manifested by depression and anxiety, and possibly with not enough sleep, or not enough time to unwind before going to sleep.

Other possible explanations include: high blood pressure that is associated with work-related stress but is “hidden” because it doesn’t necessarily show up during medical check-ups; “sickness presenteeism” whereby employees who work overtime are more likely to work while ill, ignore symptoms of ill health and not seek medical help; and, finally, it is possible that people in jobs where they have more freedom or latitude over their work-related ecisions may have a lower risk of CHD despite working overtime. However, Dr Virtanen said that their findings were independent of all of the above factors, and so they could not necessarily provide the full explanation for why overtime was associated with the higher risk of heart disease. In addition, she said: “We did not measure whether subsequent changes in these factors during the follow-up period altered the association. One plausible explanation for the increased risk could be that adverse lifestyle or risk factor changes are more common among those who work excessive hours compared with those working normal hours. Another possibility is that the chronic experience of stress (often associated with working long hours) adversely affects metabolic processes. It is important that these hypotheses should be examined in detail in the future.” The authors also warn in their article: “Although our cohort of civil servants included several occupational grades, it did not include blue collar workers. Thus, it remains unclear whether our findings are generalizeable to blue-collar workers and employees in the private sector.”

The senior author of the study, Mika Kivimäki, Professor of Social Epidemiology at University College London, outlined future plans for this work: “At the moment there is no research on whether reduction in overtime work reduces CHD risk. Further research on this topic is therefore needed,” he said: “Our own future research will include analysing data over periods of time to examine whether working long hours predicts changes in life style, mental health and traditional risk factors, such as blood pressure, blood glucose and cholesterol. We hope that this research will increase understanding of the mechanisms underlying the association between long working hours and coronary heart disease. We will also examine whether overtime work increases the risk of depression, as recent research suggests that depression increases the risk of coronary heart disease.”

In an editorial commenting on the research [2], Gordon McInnes, Professor of Clinical Pharmacology at the University of Glasgow’s Western Infirmary, Glasgow (UK), wrote “These findings may have implications for cardiovascular risk assessment in the western population and beyond.” He echoes the authors’ warnings about the limitations of the study, but writes: “Despite the above reservations, these data from a large occupational cohort reinforce the notion that work stress attributable to overtime is associated, apparently independently, with an increased risk of coronary heart disease. A trend for risk to be related to hours of overtime worked supports this conclusion. If the effect is truly causal, the importance is much greater than commonly recognized. Overtime-induced work stress might contribute to a substantial proportion of cardiovascular disease.”

Until answers to the outstanding questions are found, Prof McInnes writes: “Physicians should be aware of the risks of overtime and take seriously symptoms such as chest pain, monitor and treat recognized cardiovascular risk factors, particularly blood pressure, and advise an appropriate lifestyle modification.”

He concludes by quoting the English philosopher Bertrand Russell: “ ‘If I were a medical man, I should prescribe a holiday to any patient who considers work important’.” 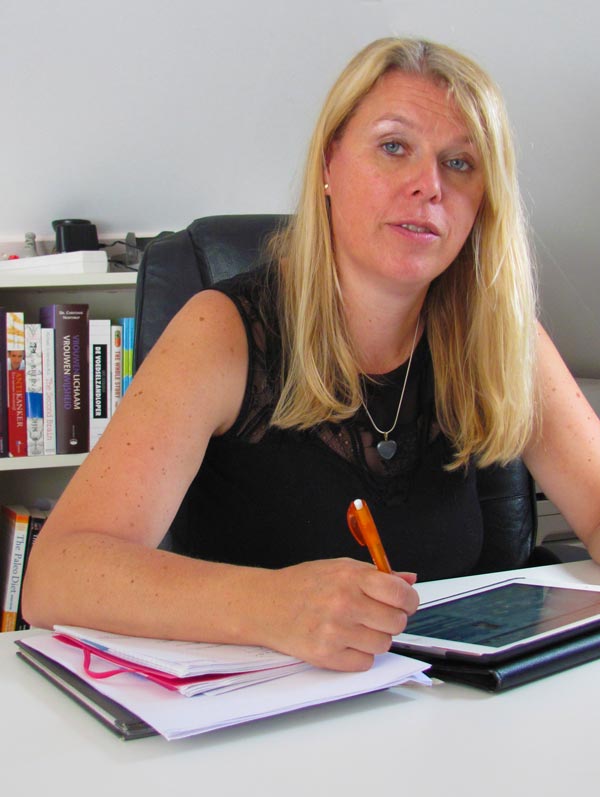